Although you are never too far away from a nude beach (in fact, here’s a map of just some of them), nudist resorts have been a rarity in Greece until recently. The first attempts to establish a clothing optional hotel, back in the early 80’s, proved abortive, when the Church (and some hoteliers feeling threatened by the competition) riled up the locals to get rid of foreign “sinners”. Thankfully, a lot has changed during the following three decades and Greece is now a prime destination for anyone wanting to pack as little as possible for their vacation.
1992 was a landmark year for nakations in Greece. Following the advice of a guest, the Douroundakis family decided to turn Hotel Vritomartis, in Crete, into a naturist resort. They are still running it to this day, and for many foreign visitors the name “Vritomartis” is synonymous with nudism in Greece. Vritomartis naturist resort is blessed by its location in Southern Crete, a region enjoying sunshine and good weather from early spring until late autumn and containing some of the most beautiful nude beaches.

For many years, Vritomartis held a virtual monopoly. This changed in 2006, when Mark and Samantha Taylor decided to get out of the London rat race and establish a naturist hotel in Greece. Vassaliki Naturist Club opened its gates in Summer 2007, on the island of Kefalonia. Run by a couple of genuine nudists, it has been a popular destination ever since.
Greece had finally arrived as a full-blown naturist destination.
The island of Rhodes had been popular with nudists for ages, featuring world-famous beaches like Faliraki, yet had no clothing optional hotels. Then, in 2013 with Naturist Angel Club Hotel opened, just a couple of kms away from Rhodes international airport.

If you prefer the Ionian islands, there’s also Naturist Panorama Hotel in Zakynthos (Zante). It’s another family-run hotel, which operates as a naturist destination since 2010.
If you want something more cozy for your vacation, there is a number of nudist-friendly villas throughout Greece and you can find more info about some of them here -And of course, even if you stay in a “textile” hotel, chances are there is a nude beach somewhere near you!
If you’ve visited any of these resorts, don’t forget to rate them on NUDE! 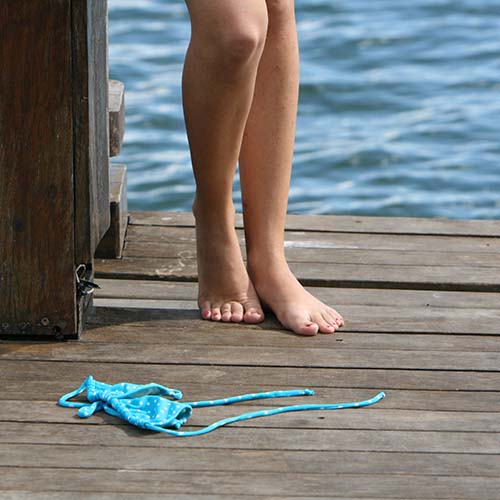 An Athens local, I have enjoyed nudism since 2000 and want to help others do the same. For more info about nudism in Greece, visit my site: https://gymnismosblog.wordpress.com
Previous
Next